The GT Cup is an established part of the UK motorsport scene and continues to grow in stature and popularity. Founded in 2007 by Marc Haynes as a premium GT sprint series, it has continuously proved to be the championship of choice for discerning sporting drivers.

What differentiates the GT Cup is our professional offering, derived from personal experiences and the values of our founder to provide a genuine driver centred race experience, where sportsmanship and having fun is at the centre of our paddock. Add unrivalled access to quality race circuits and provide the very best service at an affordable price. Lastly we look to share our passion for motorsport with like-minded racers and create an environment and culture where we aspire to exceed expectation and delight our drivers, their families, teams, partners and supporters.

Our GT Cup paddock is renowned for being friendly and relaxed within a professional atmosphere. The whole paddock from the organisers to the marshals, teams and drivers, collectively look to support each other and share our mutual passion for motorsport. The racing is strongly contested and the GT Cup maintains and enforces driver standards to protect the values we uphold. This attention to sporting behaviour is central to our growing success and why the GT Cup is attracting manufacturer support in the form of their driver programs. The GT Cup enjoys one of the widest varieties of GT race car grids in the United Kingdom. 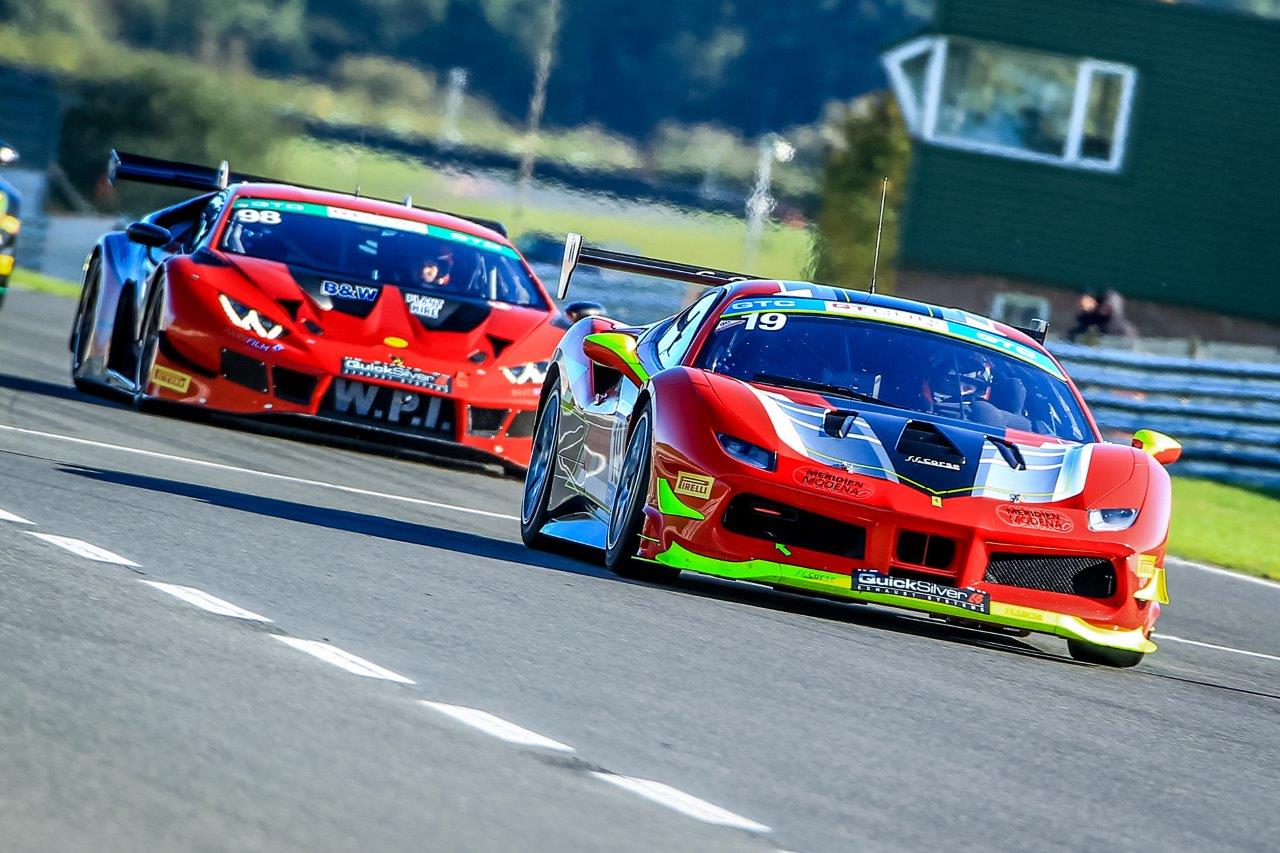 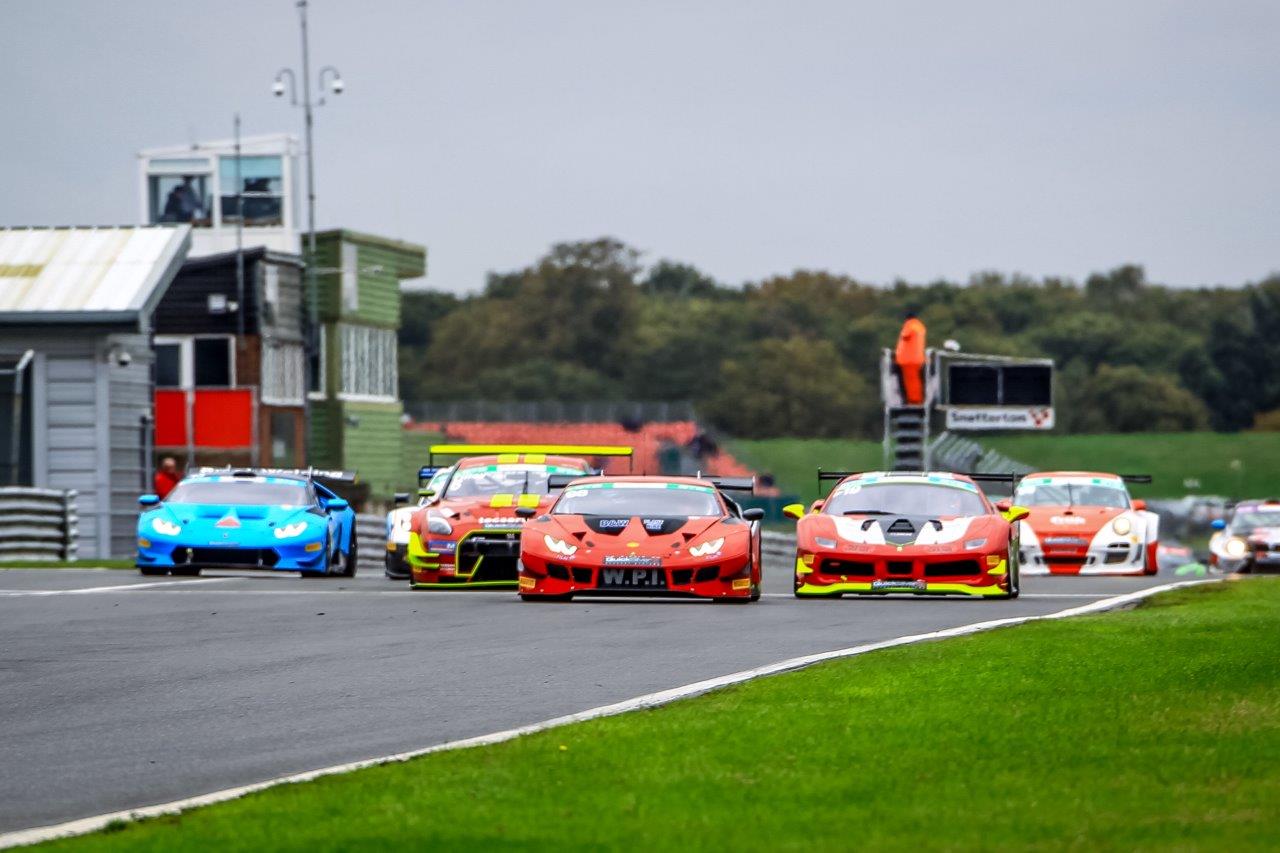 Founded on providing a home for a broad range of GT race cars, current and past, all have a place among our Groups structure. The grid is split into six Groups based upon the maximum lap time potential of each car, which means that cars can continue racing in the GT Cup long past their usual life cycle.

The 2022 format has only a minor change with a 10-minute warm-up, Followed by a split grid qualifying session of which each half gets 10-minutes, followed by a 25-minute Sprint Race and 50 minute Pit Stop Race on each day. The warm-up and qualifying sessions are rolled into one session over a 30 minute period with a quick turnaround between the split sessions, allowing drivers and teams the chance to bring everything up to speed.

For many the GT Cup will be the pinnacle of their motorsport experience and quite rightly so, arguably being the most competitive GT club racing Championship in the UK. Former GT Cup Champions have successfully campaigned in British GT, Blancpain and WEC, so whatever you aspire to achieve in motorsport we firmly believe the GT Cup is the very best club arena in which to race.

Irrespective of your background or future aspirations the GT Cup guarantee you the very best of professional club motorsport in a nurturing and supportive environment and with over 120 separate entries in 2021, demand is high for spots on the grid, so to ensure you are not disappointed please register your interest as soon as possible.

The group structure and points scoring system ensures a driver from any group has the chance of becoming the overall GT Cup Champion, whilst individually contesting for honours in each Group.

A bottle of bubbly along with Pirelli Winner’s caps are presented to the Group Winners on the circuit podium after each race. GT Cup Trophies will be presented to all the placed drivers at the end of each race day in the hospitality race centre, where the paddock is encouraged to join in and celebrate the racing over refreshments. Additional awards for Driver of the day and Team of the Weekend will be presented at the same time to reflect the spirit of the GT Cup.

At the GT Cup Championship Awards Night, the paddock gathers in a destination city to celebrate the season. The evening focusses on the awards with a great evening of fine dining and entertainment to ensure drivers, teams, partners and guests experience the exciting atmosphere that is the GT Cup Championship whilst raising money for the Championship’s chosen charity.

Whilst the evening primarily celebrates the Champions of the year we take the opportunity to recognise teams and drivers that have made an exceptional contribution throughout the season. The Sprint Challenge Cup will make a popular return, awarded to the amateur driver who, using the point system, scored the most points in the sprint races only. “Sparkies Cup” is an annual award in recognition of an individual or team that has best represented the true spirit of the GT Cup Championship and is named after our late founder Marc Haynes.

The GT Cup is designed with amateur drivers in mind, to have fun honing their race craft and develop driving skills with compatible sporting racers. Driving standards and racing enjoyment are paramount to the success of the championship and we have gained considerable recognition in this in recent years, exemplified by manufacturers entering driver pathways through our championship in recognition of these driver values.

The Championship welcomes driver coaches, as professional drivers or professional-Sporting Drivers who may enter with their amateur as part of a two-driver team. Whilst the GT Cup is primarily focused on the amateur driver we acknowledge the important role a professional coach may add to the driver’s enjoyment. This arrangement also suits driver pairings with aspirations for National or International endurance motorsport in mind. We are delighted to witness former competitors and Champions of the GT Cup successfully progress into British GT, Blancpain and WEC, to name but a few.

The minimum requirement is to hold a Race Club (Race National B) License; therefore whether you are a relative novice or an internationally experienced professional, there is a seat for you in the championship.

2022 will be Pirelli’s thirteenth season supplying GT Cup. The manufacturer provides a comprehensive range of slick and wet tyres for the Championship, such is the variety of machinery racing in the series. Tyres may be heated prior to use, and slick sets are limited to three per day, to reduce expenditure. 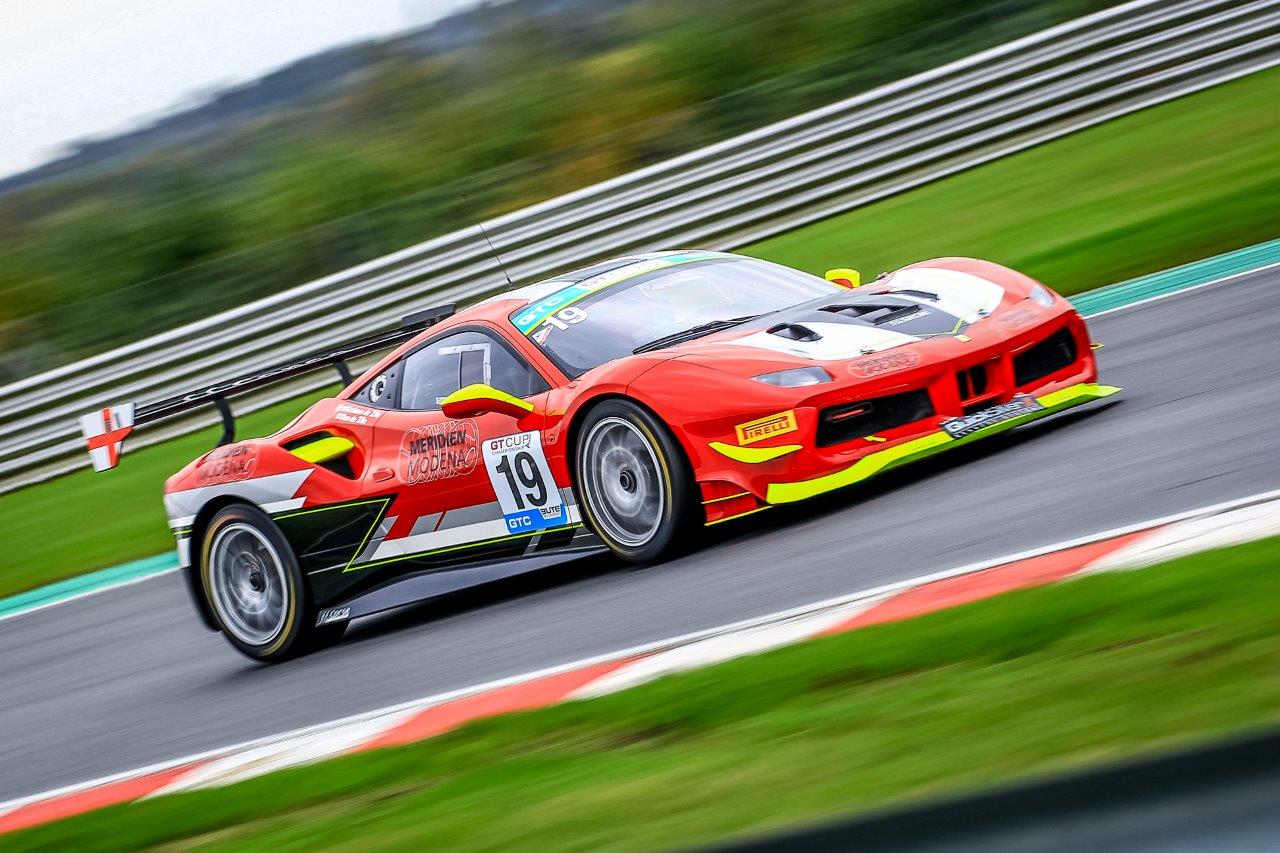 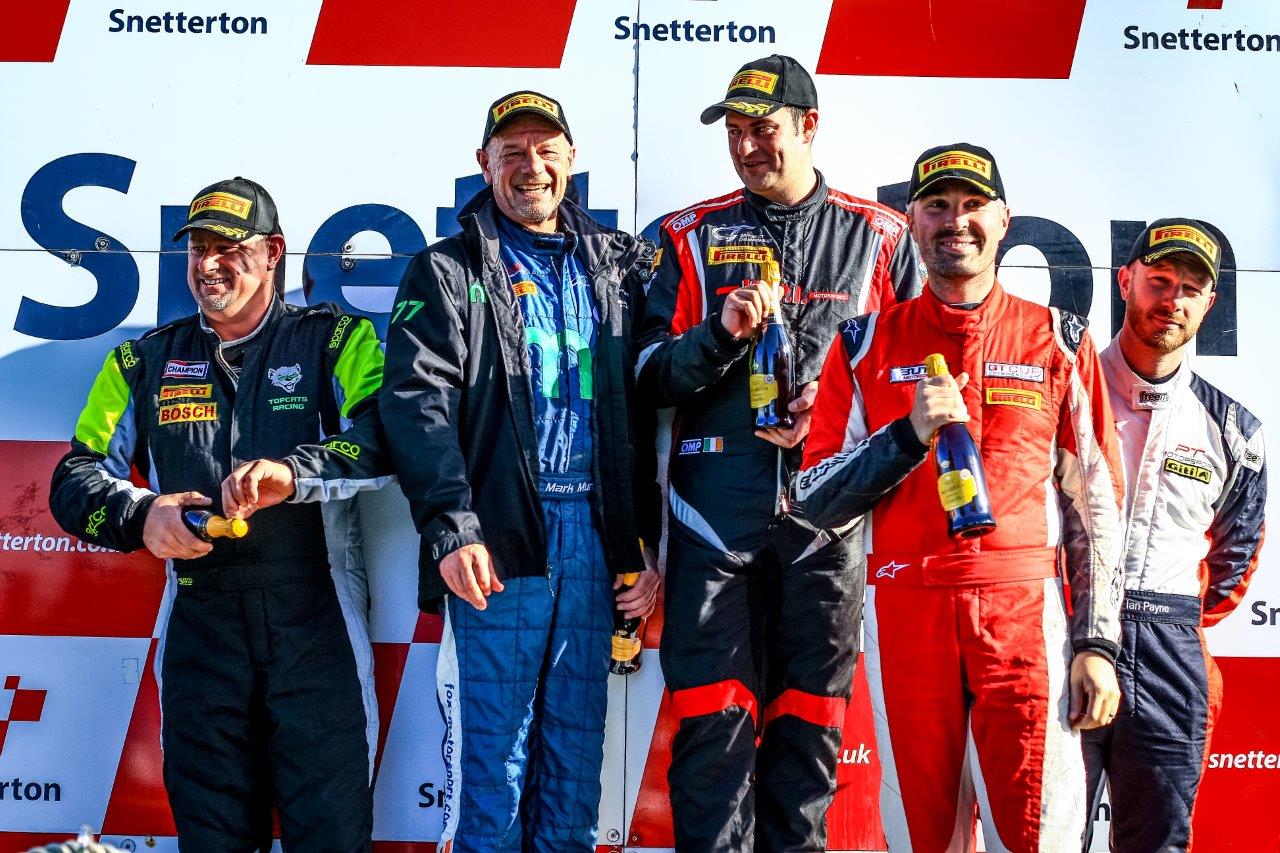 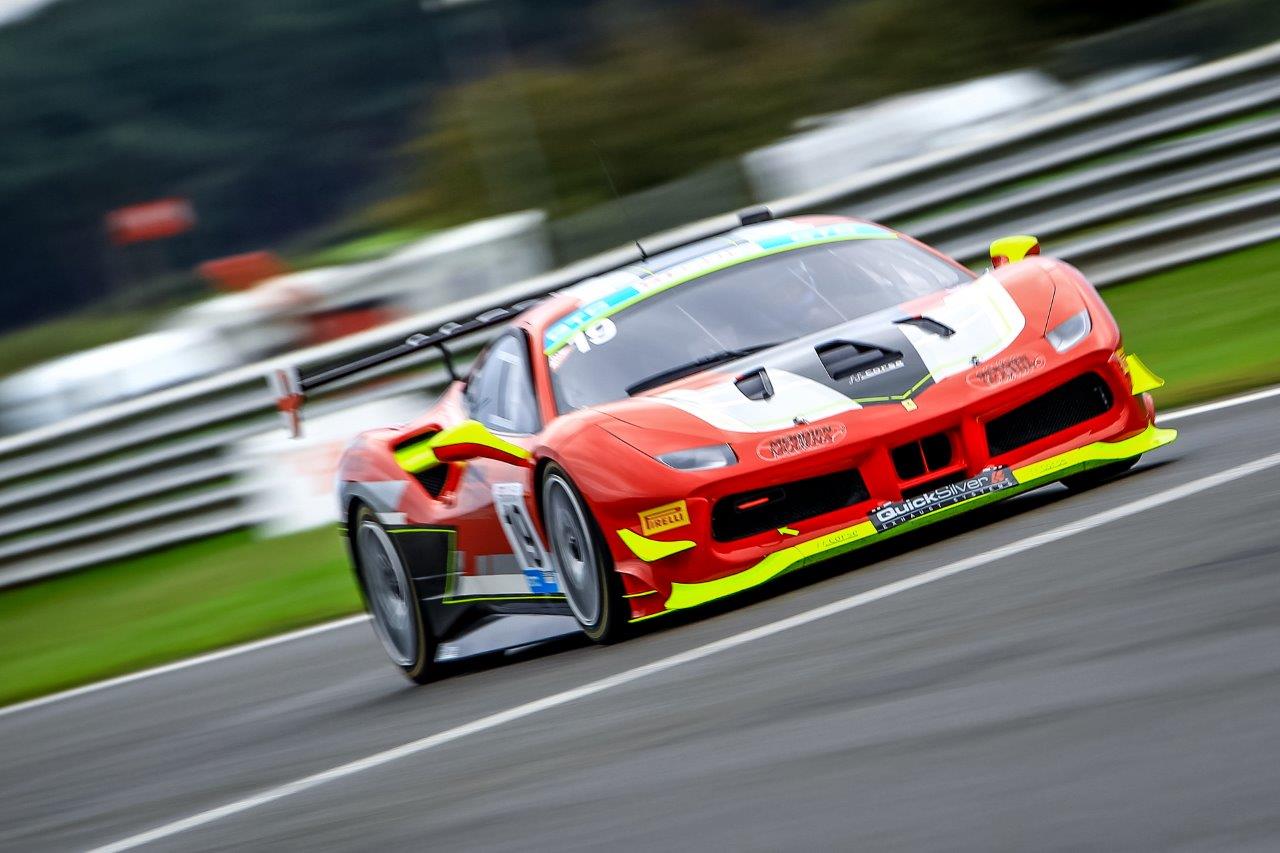 The GT Cup’s unique structure ensures thrilling racing throughout the grid. Split into six Groups allowing for a large variety of cars to compete on an equal footing in each race.

Open specification cars from the following :-

NOTE: Cars in GT3 and GTH categories must run to current recognised or FIA Balance of Performance figures

FF Corse offer a full testing and support package for GT Cup entrants, with hospitality, driver coaches, data engineers, team manager and technicians. For further details of these championships, or others we can support you in, please get in touch with a member of the team.