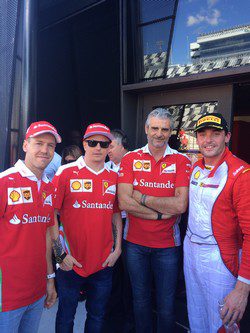 FF Corse driver Sam Smeeth topped off an amazing season by winning the Pirelli AM Class of the Ferrari Challenge World Final in Daytona at the Weekend for the Stratstone Ferrari entry.

Competing against 90 cars from the European, Asian and US  Coppa Shell & Trofeo Pirelli Championships, Sam battled hard throughout the race to become the first European driver home in the World Final, beating all the more established European PRO entries and winning the title.

The race came on top of winning the final two rounds of the 2016 European Championship and sealing a total of 11 victories from the 14 races held.

This brought the total of race wins to 32 for the season and 157 race wins in total. The full list of which can be seen here at http://ffcorse.com/race-wins/